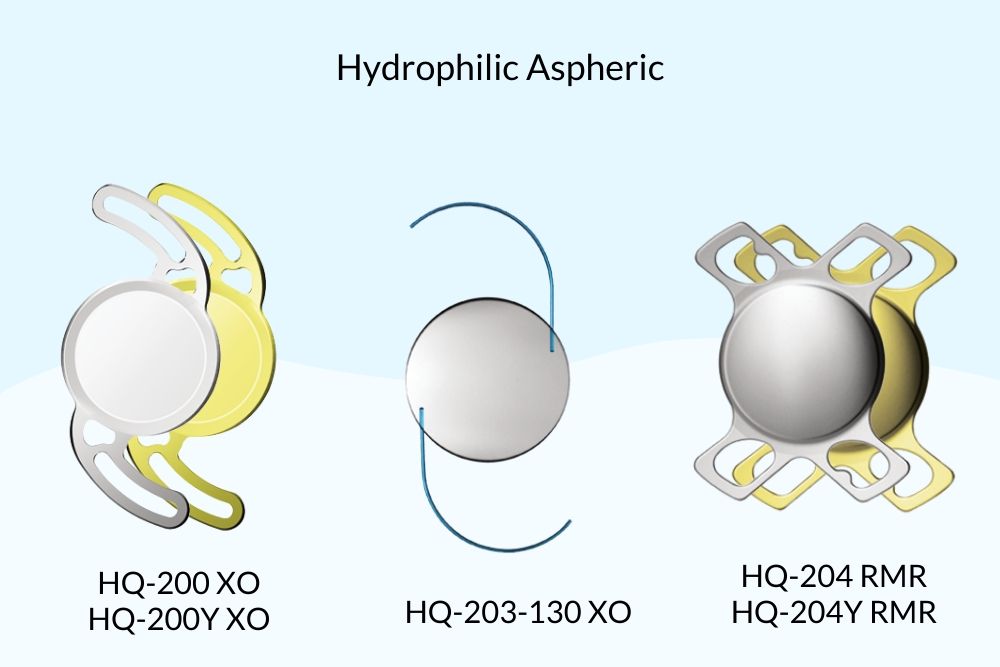 XO aspheric lenses are designed to compensate for aberrations of the eye to achieve exceptional optical performance - even in cases of clinically occurring IOL misalignment.

Traditional spherical IOLs are subject to aberrations that result in slightly distorted images on the retina – particularly at large pupil diameter. This is because light rays that enter the eye peripherally undergo stronger refraction than those that enter centrally. One of the benefits of HexaVision XO optics is improved contrast sensitivity especially in low light (large pupil) conditions, as shown in these resolution target photos taken through an eye model: 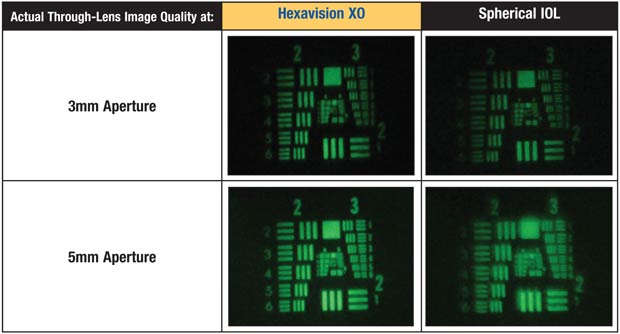 Is Total Residual Spherical Aberration the most important factor in choosing an aspheric lens?

The answer is not as clear as one might think…

Regardless of lens spherical aberration, the optics of 1st generation aspheric IOLs are optimized for the centered position. Because of this some perform poorly if they become decentered or tilted – often to the point of performing worse than a spherical lens under the same conditions. And unfortunately, very few IOLs are perfectly centered in the eye.

HexaVision recognizes this and designed its XO lens with more than just perfect conditions in mind. Its optic design takes into account a broad range of aberrations arising with lens misalignment. XO was also optimized for the range of corneal asphericity to offer benefits for patients of different corneal shapes. Consequently, HexaVision’s XO lens enables better image quality under real world conditions.

The Next Generation in Aspheric IOLs

One type of 1st GENERATION aspheric IOL is designed with a prolate aspheric surface to compensate for corneal aberrations when the lens is centered. Because the optics of these lenses are optimized for a centered position, they can perform poorly if they become decentered or tilted – often to the point of performing worse than a spherical lens under the same degree of decentration.

Unfortunately, clinically occurring lens decentration and tilt are common occurrences. Even the typical human eye itself, is not optically symmetrical. HexaVision recognizes this, and has designed its XO optics to represent the NEXT GENERATION of aspheric lenses. XO optic design takes into account a broad range of aberrations arising with lens misalignment. Its aspheric surface is non-prolate which physically distinguishes its shape from 1st generation aspherics. Consequently, HexaVision’s XO lens enables better image quality under a variety of real world conditions.